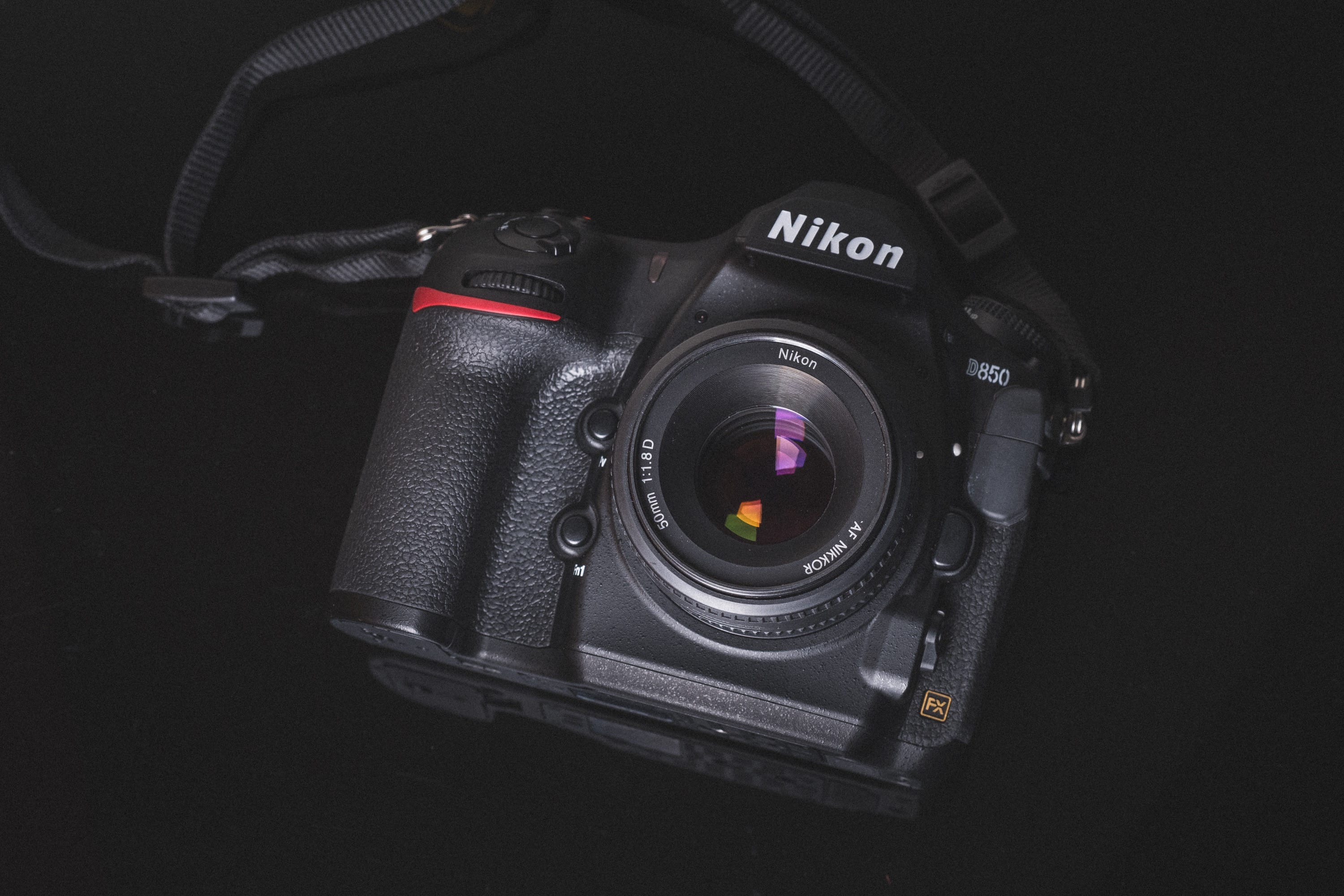 A real world comparison between all the best XQD and SD (UHS-II) memory cards for the Nikon D850. All cards are tested in-camera to see which cards are the fastest and perform the best.

First I’d like thank BHPhoto for rushing me their first available Nikon D850 after they were on backorder for so long. They were hard to get for awhile and gave me top priority. You guys are awesome! Thank you!

An in-camera speed comparison between all the most popular memory cards in the Nikon D850.

When I first tested the Nikon D850 memory card write speeds back in 2017, I ended up with very slow memory cards. The buffer would just not clear quickly.

Image preview was turned on. If you’re doing continuous burst photography, you’ll want to turn off Image Preview to gain maximum performance. With image preview turned on, each image displays for a second before the next image can be written to the card.

For whatever reason my Transcend UHS-II card didn’t perform well with the second test and I’m not able to retest it as I’m leaving the country. The card is fine, I think it had a bad connection since it performed much better in the previous test – this happens sometimes. Don’t let those numbers scare you. The Transcend UHS-II cards usually perform the same as the Fujifilm cards and is a great card to buy.

There aren’t many options for XQD cards, just Sony and Lexar.

Although XQD cards are rated faster than UHS-II SD Memory cards, UHS-II cards are still very fast and if you only want to use one card, you could get away with a single UHS-II card.

Recently, XQD cards have come down in price, so they are now a pretty good buy.

This is Lexar’s best and only XQD Memory Card. Lexar is doing away with their memory card business, so grab these while they are still available. However, I’m not sure what happens to warranty when Lexar is discontinued. When testing the cameras with USB 3.0 readers, The Lexar performed slightly faster.

If you’re shooting RAW+JPEG and the JPEG shots are going to slot 2 then performance won’t matter as much, since JPEG files are much smaller and take up less of less bandwidth. However, shooting RAW+JPEG usually slows the write speeds slightly since it requires more processing overall.

These are some of the most popular memory cards with the best performance, Toshiba and Delkin UHS-II cards are also great, especially since the Toshiba cards have come down in price.

Early in 2017 Sony released a very fast UHS-II memory card with the same specs as the Lexar 2000x, and the Sandisk Extreme Pro UHS-II. These have been performing very well in tests. Available in three sizes, 32GB/ 64GB / 128GB – Amazon / BHphoto

This is one of the most popular UHS-II memory cards. It was the fastest card for a long time. They usually come bundled with a reader. Available in three sizes, 32GB / 64GB / 128GB – Amazon / BHphoto

Not All XQD Memory Cards Are Equal

XQD memory cards have been around for a while and there are a few things to know.

Older XQD memory cards or XQD 1.0 cards are much slower at read and write speeds. The newest and fastest XQD type cards or XQD 2.0.

Sony designates their fast cards as G cards and their slower cards as M card. M cards are slightly slower at write speeds but are a less expensive alternative for 4k videographers who don’t need the high write speeds of the G cards, which are suited more for burst photography.

Lexar does what they always do by listing a speed rating. In this case it’s 2933x. That is the fastest Lexar XQD card right now.

If you’re looking to get the best performance out of your Nikon D850, then you’ll want to get these new Sony G cards or the 2933x.

XQD vs UHS-II Memory Cards In The Nikon D850

To compare XQD cards to UHS-II cards there are a few things to talk about.

First, XQD cards are faster, by about 100MB/s based on the rated speed and it shows in these tests.

XQD cards are bigger but not by a lot. They also feel more rugged, almost like mini CF cards. They don’t have pins on the back rather they function more like an old Nintendo cartridge.

The Nikon D850 defaults to formatting memory cards to 32bit. I’m not sure if larger cards get formatted to exFat like with the Canon 5D IV, but this does cause some problems with video shooters. With a 32bit memory cards, file sizes will be broken up into 4GB chunks. You can get around this in the Canon 5DIV by manually formatting the cards to exFat before inserting them into your camera.

If your new to XQD memory cards then you’ll need to get a good reader. There are a few I’ll list here including the readers that come with cards like with the Lexar card.

I haven’t seen Sony bundle any XQD card readers yet, but they do offer a few types, one that reads M type, G type as well as UHS-II cards. They also have a reader that just reads XQD cards.

All the XQD readers I’ve tested so far can take both M and G class cards and perform about the same. 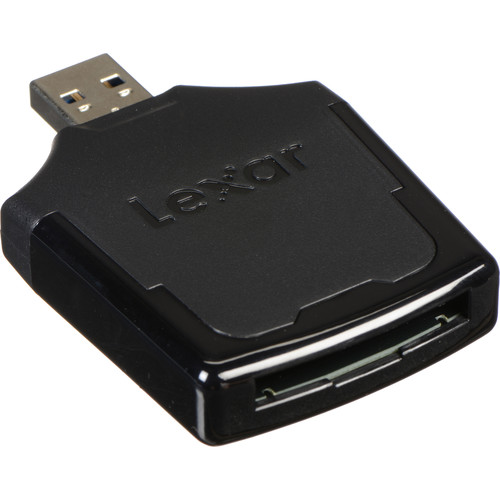 This is Lexar’s reader that can also be bundled with the cards for a small bump in price. This will read all types of XQD memory cards. – Amazon / BHphoto 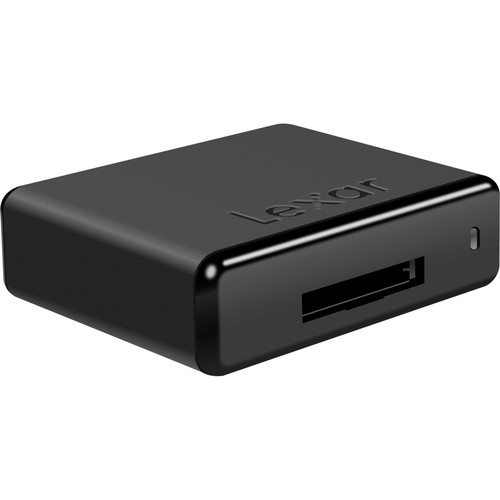 The Lexar Professional Workflow XR2 works with their larger HR1 unit, but also can work with USB 3.0. – Amazon 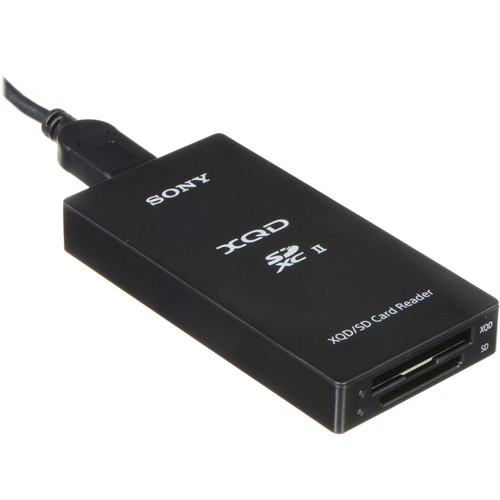 This is the Sony XQD and UHS-II memory card reader. It works with all types of XQD cards and is usb 3.1 compatible.

This is likely your best memory card reader for the Nikon D850 since it will read any card that is compatible with the camera. – Amazon / BHphoto 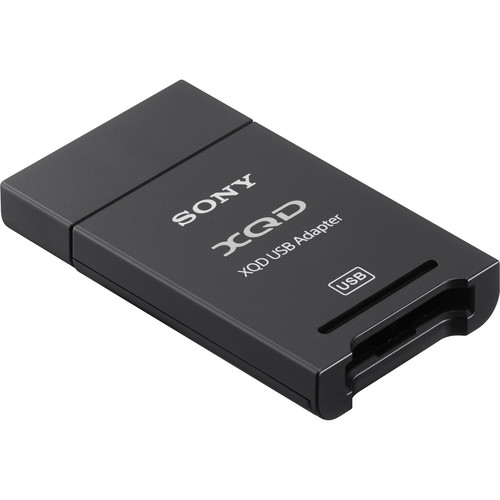 This unit is USB 3.1 and compatible with both M and G XQD memory cards. It also comes with an extension USB cable, so you don’t have to plug it directly into your computer. – Amazon / BHphoto

How I Perform The Tests

I test the USB 3.0 read and write speeds of the UHS-II and UHS-I SD cards using sequential tests with Crystal Disk in Windows 10.

With Crystal disk you have many options, I use two of these options, either Seq Q32T1, or Seq.

Windows 10 and Crystal disk does not give me good results when testing XQD cards (even with the latest drivers), so I switched to OSX and the AJA System Test, which is vastly superior to the BlackMagic test.

To test the XQD cards, I use the Sony XQD USB Adapter.

There really aren’t a lot of options for XQD memory cards and the choice is fairly straight forward. Sony or Lexar.

Since Micron announced it was terminating Lexar, it may be better to just stick with Sony for now so that you don’t run into any warranty issues with Lexar in the future. Although, I believe Sony only offers a 1-year warranty on their cards anyway, but knows, maybe Micron will sell Lexar and it will stay a productive company.

In term of SD cards, you still need to buy the best and fastest card possible. The fastest sd cards (uhs-II) are almost always the Sandisk Extreme Pro or Lexar 2000x, but Toshiba, Delkin and Sony UHS-II cards are also a great buy for the Nikon D850.

I recommend you use UHS-II and XQD cards in the Nikon D850 to get the best performance out of your camera.