The Sony A7c uses a single UHS-II memory card of any size. Here is a quick list of the best SD cards for the Sony A7c, with a few great options, and you most likely don’t need the fastest SD cards. 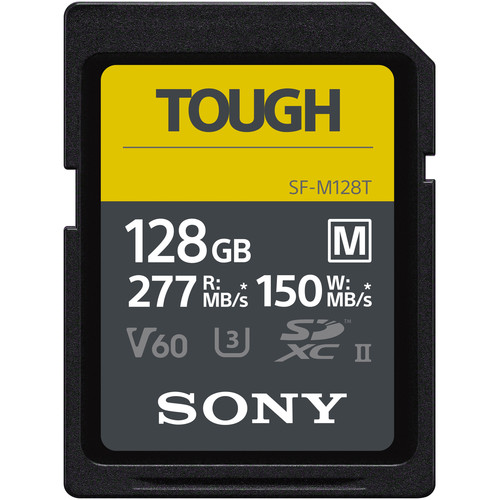 There are three categories of cards you should consider. Fast v90 UHS-II cards, v60 UHS-II cards, and U3 UHS-I cards. There is also a UHS-II card by Sony that reads at UHS-II speeds but it is optimized for UHS-I write speeds.

V90 UHS-II cards are the fastest memory cards for the Sony a7c. They are great for photographers that do a lot of continuous bursting but they are overkill for everything else.

V60 UHS-II cards are perfect for photographers that burst sometimes but mostly shoot in single-shot mode. They’re also great for video shooters since they allow you to transfer large files quickly to your computer.

v30 UHS-I cards are fine for casual photographers and even good for video shooters. These are great for photographers that want large cards at a reasonable price.

Here are the top cards for each speed class.

Do You Need UHS-II Memory Cards?

You should choose one of these cards depending on the price, how much money you’re willing to spend, and the performance you need. Casually shooters might just like V60 cards. They can buy a bigger card for the same price and probably would never even notice the speed difference. Sports shooters that do a lot of continuous bursting would definitely benefit from a v90 card.

Videographers and vloggers only need U3 cards, so this allows you to buy much larger cards to store all that video.

What Size Memory Card Is Best For The Sony A7c?

The best-size memory card is going to be different for everyone.

256GB – You most likely won’t need bigger than a 128GB card unless you shoot a lot of video and are not able to clear off the card regularly, or you’re traveling and are not bringing a computer.

Although 4k video seems like a lot of data, the video bitrate is only 100Mbps. This translates to a 12.5MB/s data stream.

A U3 rated card can maintain a minimum stream of 30MB/s, so all you’ll need for 4k video is a U3 UHS-I card.

You do not need a UHS-II card for 4k video, but they are great when for transferring data from the card to a computer with a UHS-II memory card reader since this transfer speed can be significantly faster.

This chart shows the various bitrates and the amount of record time you can get from various sizes of memory cards.

Buying memory cards for Sony cameras today is pretty straightforward, they have good compatibility with most brands now so you don’t need to worry about that as you did in the past. Sticking with big brands like Sony or Sandisk is still probably the best, but there are plenty of other great options out there with great performance. For example, I use Delkin UHS-II cards in my A7rIII and they’ve worked great for years.