Lenses for the Fujifilm X-E3

Must Have Accessories Fuji X-E3

The Fujifilm X-E3 performs almost the  same as the Fujifilm X-T20 except with this list I’ve added a few more cards.

The Sandisk Extreme Pro UHS-I cards are the best memory cards for the Fuji X-E3. They are one of the fastest UHS-I cards you can get, they also have a lifetime warranty.

UHS-I memory cards are the best buy for the Fujifilm X-E3 simply because they the most reasonably priced and are fully compatible with the camera. 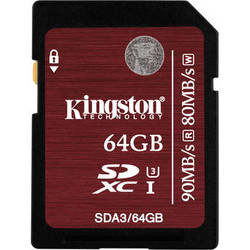 Kingston makes a lot of lower tier cards that I don’t test, but the 90MB/s U3 card is a fantastic card in the UHS-I card, in terms of performance is up there with the Sandisk Extreme Pro. This is why this is my second choice. – Amazon / Adorama / B&H 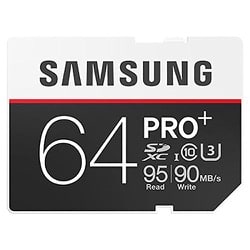 Samsung is mostly known for their great micro SD memory cards, however they have a few really nice SD memory cards as well. The Samsung Pro+ U3 card is one of them, with performance, price and warranty, similar to the Sandisk Extreme Pro and Kingston.. – Amazon

The Fuji X-E3 doesn’t have UHS-II memory card capabilities so you would only need to buy these cards if you’re looking for quick transfer speeds from card to computer.

Here are the best UHS-II memory cards for the Fujifilm X-E3.

The Sony G UHS-II is the newest UHS-II card of the bunch and people often wonder if they can trust these cards. My answer is yes. With Lexar 2000x cards being nearly gone, the Sony G cards are now great alternatives. – Amazon / Adorama / BHphoto 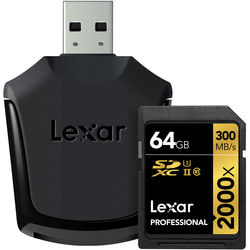 Although they have been discontinued in many stores, the Lexar 2000x is still the best UHS-II memory card for the X-E3 and is also usually the fastest. – Amazon / Adorama

Sandisk makes a great UHS-II memory card, however, their UHS-II memory cards usually don’t run as fast as other UHS-II cards in UHS-I devices. Sandisk cards are a very trusted brand, their cards are quick and they have a limited lifetime warranty. – Amazon / Adorama / BHphoto

The Fujifilm X-E3 was the first camera by Fujifilm to overheat on my during the test. When I was testing 4k video capabilities in each card, after about 20 minutes of start and stop recording, the camera gave me a heat warning and shut down.

However, it never over heated when shooting photos, just 4k video.

To learn more about memory cards of if you’re having trouble with your memory card for the Fujifilm X-E3, check out the ultimate guide to memory cards.

The Fujifilm X-E3 is very simple and compact camera that does not feature UHS-II technology, so when it comes to buying SD memory cards, the choice is easy, UHS-I is the way to go. The camera performs very quick, especially compared to a lot of the competition out there. It’s memory card write speeds are also on par with other Fujifilm UHS-I cameras.

When it comes to 4k video recording you will run into some heat issues after a while, even with start and stop recording. If you were to do a long record session with 4k video, expect the camera to over heat after 10-15 minutes.

When it comes to buying the best memory card, the Sandisk Extreme Pro is always the best option for Fujifilm.