The Queen Mary was called the Grey Ghost in WWII. Not because it was haunted but because of its color and the way it smoothly sailed across the water.

Doesn't it just look haunted? Apparently some 150 ghosts haunt the Queen Mary and a lot of people, I've read up to 49, have died aboard the ship. Personally I don't believe in ghosts but I have experience a lot of very weird phenomena in my life. Like dishes spontaneously exploding in my house, light bulbs exploding randomly, and speakers talking even when not plugged, to name a few.

But, I still refuse to believe in ghosts until I'm with a group of several people and we all face to face with one in a well ventilated area. I don't like to believe in things until I witness them with affirmation. The earth is a conductor of acoustical residence, so a lot of strange and unexplained things can come from it. As well as our minds tripping out from various gas leaks that are natural and unnatural. 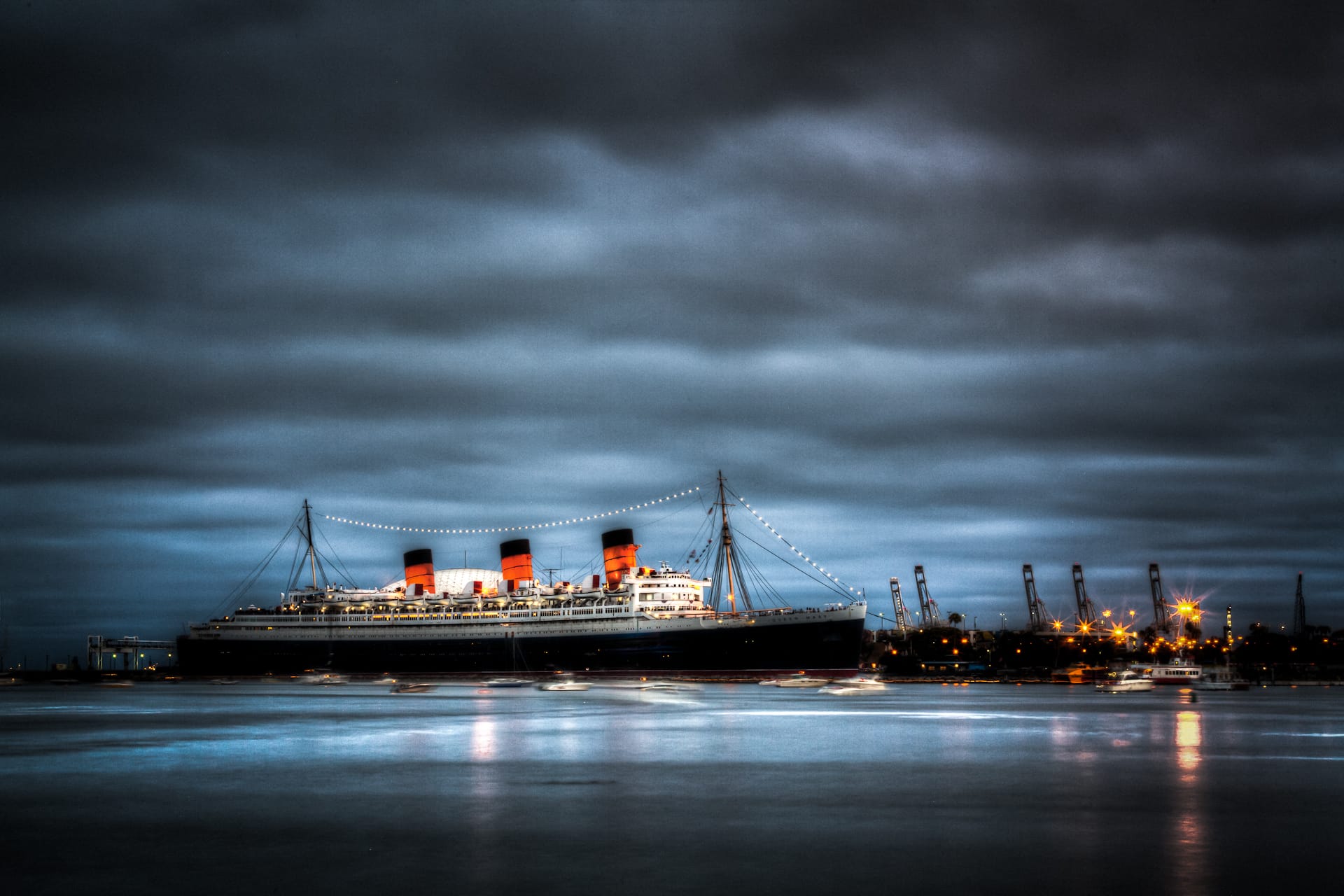 This is a three shot HDR image processed in Lighroom 4 and Photomatix.