The Nikon Z 6II and Z 7II have the ability to take both CFexpress / XQD and UHS-I or UHS-II memory cards.

There are a lot of different speed classes and ways to configure your camera to run with these UHS-II cards with CFexpress cards, use this guide to help you get started on what you need for how you shoot so that you don’t buy more than you need.

Also, see the 5 Must-Have Accessories for the Nikon Z6 II and Z7 II.

And I keep an updated list of all the Nikon Z Lenses.

Slot 1 supports CFexpress or XQD memory cards while slot 2 can take UHS-II or UHS-I memory cards. How fast of a card you need for slot 2 depends on how you are going to use it as it will bottleneck your performance when writing RAW files to both cards. If you just write RAW to the CFexpress cards, and JPG to the UHS-II slot, then slower cards won’t have as much of an impact on performance.

You cannot write video to both cards at the same time, but any UHS-I card that is U3 rated can handle the 4k 150Mbps bitrate that these cameras output. 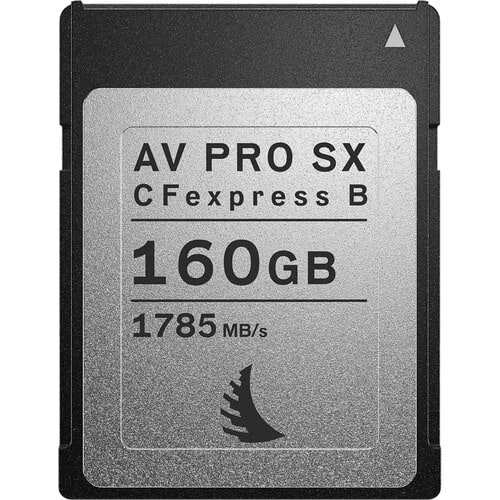 I ran all the different memory cards through a benchmark using the Nikon Z6 II and got some very interesting results with performance scores all over the place, part of this is the CFexpress technology has gone through an evolution these last few years, and it’s going to be important that you try to get one of the newer generations of cards.

If you are buying new cards today, there were some top performers there are working well in Nikon cameras. Angel Bird XT or SX, Lexar Professional and Diamond, Prograde Cobalt, Wise Pro, Delkin Black or Prime, and the Nikon 660GB.

With a lot of these cards, also pay attention to the size since often specs change with different sizes.

The cards not tested here I did test in the Nikon Z9 which runs CFexpress cards significantly faster than the Z7 II or Z6 II.

As a caution, some of the Angelbird cards are a little bit of a tight fit in the Nikon Z6 and Z7 cameras.

I’ve been benchmarking these cards with the ProGrade CFexpress + UHS-II reader since that’s what I think most people will use with a camera like this. However, the Lexar reader is slightly faster if you just need a reader for CFexpress cards.

To benchmark each memory card in the Nikon Z6 II and Z7 II, a series of continuous burst images were taken until the buffer was filled, then the time it took to clear the buffer was calculated against how much data was written. This gave me a rough speed of how each card is performing in-camera. I ran several series with each card to rule out issues with thermal throttling or other hiccups that sometimes occur with freshly formatted cards.

There was a lot of wild variation in the Nikon Z6 II. It seems like a lot of V90 UHS-II cards were not engaging that second set of pins and were running at UHS-I speeds. This could be a problem with the camera body I had at the time and further testing in the future with a different body will be required to see why cards like the Sony G or Prograde V90 did not engage with UHS-II performance. It could also be some sort of firmware bug as CFexpress cards also had very unstable performance across brands of cards that shared similar specs.

I stopped testing XQD since they are not something you would want to buy new with this camera since the format is pretty much extinct. However, I did test one Nikon XQD to get a general idea of what XQD cards would do in this camera and it ran at 228.55MB/s. Slightly better than a UHS-II card but not as good as a new CFexpress card. If you have a bunch of XQD cards that are fairly modern, you should be pretty happy with the results.

You can still use your old XQD memory cards in these new cameras, but they will not run as fast as a good CFexpress card. This isn’t because the new cameras are now fully functional, rather, there are two processors, which means two data lanes.

XQD cards still do function fine and they are slightly faster than UHS-II memory cards. When testing the Nikon XQD memory card it ran at 228.55MB/s.  Not as fast as the Angel Bird 256GB card that hit speeds of 332.10 MB/s but faster than the Kodak Ultra Pro v90 which ran at 203.04MB/s

The Nikon Z6 II and Z7 II have a bitrate of about 150Mbps which translates to about 19MB/s. This means any U3 card whether that’s UHS-I or UHS-II will work fine for video.

Since the Nikon Z6 II and Z7 II only shoot video to one card slot at a time, it might make sense to buy a larger UHS-I or UHS-II v60 card that’s designated for video, since these cards can be found at a better price than CFexpress cards.

Choosing memory card sizes depends on how much shooting you need or whether you clear of your cards often, or need a card to last you days or weeks.

I’ve moved over to 128GB cards because I like to be able to go a few days before clearing off my cards. Or sometimes I leave shots on my cards even after I’ve copied them to my computer simply for short-term backup while I wait for them to transfer over to my Synology backup server. This also keeps me from using the same part of the flash memory over and over which can wear it out quicker.

Video shooters will likely want to start with 128GB cards.

See the bitrate calculator to get an idea of how big of a card you need for how much time you want to record.

The Nikon Z 6II and Z 7II record a bitrate of about 150Mbps.

For now, Angel Bird seems to be the card of choice. If new firmware rolls out I can do a test, I was also considering testing the Z7 II independent from the Z6 II to see if that makes a difference.