The Nikon Z 6II and Z 7II now have the ability to take both CFexpress / XQD and UHS-I or UHS-II memory cards.

There are a lot of different speed classes and ways to configure your camera to run with these UHS-II cards with CFexpress cards. This guide should help you get started on what you need for how you shoot so that you don’t buy more than you need.

Also, see the 5 Must-Have Accessories for the Nikon Z6 II and Z7 II.

Slot 1 supports CFexpress or XQD memory cards while slot two can take UHS-II or UHS-I memory cards. How fast of a card you need for slot 2 depends on how you are going to use it as it will bottleneck your performance when writing RAW files to both cards. If you just write RAW to the CFexpress cars, and JPG to the UHS-II slot, then slower cards won’t have as much of an impact on performance.

You cannot write video to both cards at the same time, but any UHS-I card that is U3 rated can handle the 4k 150Mbps bitrate that these cameras produce. 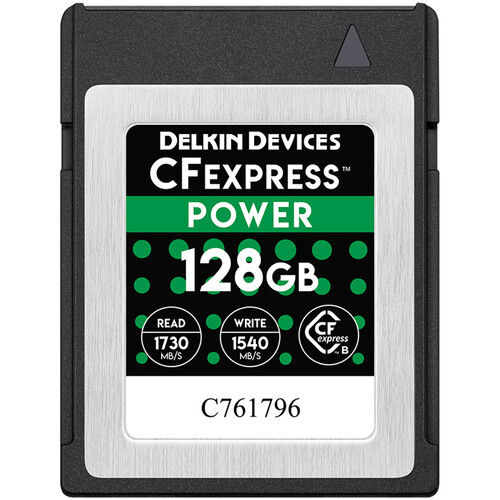 Deciding which memory cards work best for the Nikon mirrorless cameras all depends on how the camera is going to be used. Most CFexpress companies are making cards at 128GB in size but there are some 64GB cards. Bigger cards are performing better with CFexpress although that difference will likely not impact performance significantly with the current hardware.

To shoot with RAW with redundancy, fast UHS-II v90 cards should be used in slot 2 to reduce any performance bottlenecks. More casual shooters may just want to stick with v60, or completely forego using CFexpress cards and just use UHS-I cards for slot 2.

Video shooters will have no issue using UHS-I cards as long as they are U3 rated at least. Or v30, v60, v90 cards will all work.

*These are the lists of cards that have been performing well in various cameras. I’ll test everything on the Z7 II to get real benchmarks when I get the camera. Probably January.

A few other great brands are Transcend, Toshiba, and Adata.

For shooters that are ok with UHS-I speeds, one card I like is the Sony E-card as it still reads with the UHS-II spec but writes as a UHS-I card.

CFexpress cards tend to thermal throttle. I get various speeds because of this, I think.

Some cards perform at very high speeds, then they drop, then they perform fast again, then drop, this could be the thermal throttling profiles of each card. Sandisk performs very well for short bursts, then drops quickly.

Here is what each memory card’s I/O Transactions look like using the Prograde USB-C Reader. We would likely see faster speeds with a Thunderbolt reader.

Each set was 4GB long.

The Sandisk performs very fast like the Delkin, Prograde, and Lexar for short bursts, then it slows down after about 1GB of data transfer.

The Sandisk Extreme Pro 64GB card performed very consistently at a top speed but not as fast as the Sandisk 128GB, Prograde or Lexar peak speeds, or even the Deklin top speeds.

Similar to Sandisk, the Lexar had some very fast write peaks at first, at what looks like about 500MB then slowed down.

Prograde performs similar to Sandisk except it was slow at first, jumped up, then back down, then back up again.

Delkin Cads performed the best overall and maintained the fast performance for the full 4GB test.

Hoodman performed consistently slower than the other cards.

Similar to Hoodman, the Wise cards performed consistently slower than the other cards but better than Hoodman for most of the duration.

You can still use XQD memory cards in the new cameras, but they likely will not run as fast as CFexpress cards. This isn’t because the new cameras are now fully functional, rather, there are two processors, which means two data lanes.

I’m thinking that Nikon did not actually upgrade the camera to PCIe 3.0 to fully take advantage of CFexpress speeds, rather, they likely kept it at PCIe 2.0 but are taking advantage of the dual lanes CFexpress cards offer.

Since XQD cards are only single lane PCIe2.0, you won’t get the added speeds per lane, rather the camera is likely running with dual lanes which XQD does not support. To fully unlock CFexpress you need a dual-lane PCIe 3.0. So expect XQD cards to run at about the same speeds as they did in the original Z6/Z7. Which by the way, is still fine. If you already have XQD cards, and don’t need a crazy fast buffer, just keep using them.

The Nikon Z6 II and Z7 II have a bitrate of about 150Mbps which translates to about 19MB/s. This means any U3 card whether that’s UHS-I or UHS-II will work fine for video.

Since the Nikon Z6 II and Z7 II only shoot video to one card slot at a time, it might make sense to buy a larger UHS-I or UHS-II v60 card that’s designated for video, since these cards can be found at a better price than CFexpress cards.

Choosing memory card sizes depends on how much shooting you need or whether you clear of your cards often, or need a card to last you days or weeks.

I’ve moved over to 128GB cards because I like to be able to go a few days before clearing off my cards. Or sometimes I leave shots on my cards even after I’ve copied them to my computer simply for short-term backup while I wait for them to transfer over to my Synology backup server.

Video shooters will likely want to start with a 128GB card.

See the bitrate calculator get an idea of how big of a card you need for how much time you want to record.

The Nikon Z 6II and Z 7II record a bitrate of about 150Mbps.

In current tests, Delkin is the best with the Prograde USB-C reader. With an in-camera real-world test, the speed difference between each card will likely be negligible, especially if you’re shooting back up to UHS-II which will bottleneck the performance of the camera to UHS-II speeds.

Since most of the CFexpress cards are all a similar price with a similar speed class, choosing cards to come to which brand you prefer, and what type of card you need for your second backup slot.

If you want to maintain maximum speed stick with fast v90 UHS-II cards.